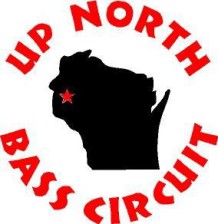 The Up North Bass Circuit was created in 1995 by the late Kevin Bartsch & is a bass fishing club that consists of 20 teams that fish 5 yearly tournaments in northwestern Wisconsin, mainly in Burnett & Washburn counties with some also held in Polk, Barron, & Saywer counties. There is a annual meeting held each year in January where members vote on rule changes & lake choices for the upcoming season. For info on joining the U.N.B.C. go to the contact link.